I stepped out of my comfort zone last night.  Several steps out actually!!

Now many of you who know me or who follow my blog know I love our library (which by the way I still haven't heard if they've filled the board seat I applied for or not) and we have a new director. New directors usually come with a wonderful flourish of new activities. And sure enough there was a wonderful list of new things to do: basic computer courses, movie nights, summer reading programs and.... a readers theater. 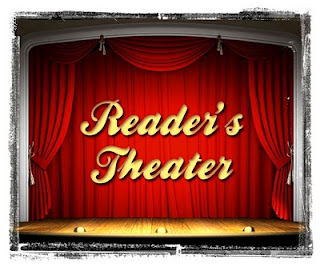 Not only have I never done a readers theater, the piece our new director chose was familiar to me only in name and intention to read...but I hadn't gotten to it. It was: The Importance of Being Earnest. 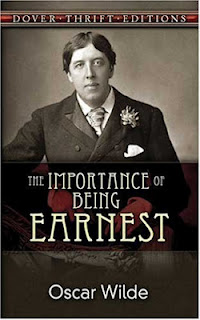 And what a HOOT!! So funny. There were only 5 of us that showed up. Which isn't awful since this is the first time this particular activity has been attempted (and there was an old fashioned ice cream social going on with live jazz music in the park.). Luckily, the new director has an extensive background in coaching readers theater so she took several of the minor roles and let us have the big boys.

Only one of us there, who also happened to be the children's librarian and whom I've known for, well lets see my kids are 18 and 17, so 18 years, ...anyway, she was the only one familiar with this play. So for the other 3 of us... it was a cold reading. But I think we did GREAT!! 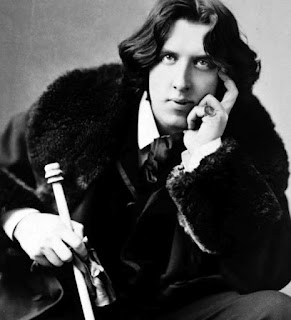 It's too bad we also were filled in on what a tragic life Oscar Wilde lived. How unfair that he would be hailed as a literary giant today no matter what his orientation instead of incarcerated and ostracized to a young death. Sooo sad.

The other way that this was out of my comfort zone was that I not only went alone, but I had no idea if I'd know anyone who was going to be there. So not only did I walk in on my own, but had to do my reading in front of strangers! Well, almost strangers. I knew the children's librarian and one of the other ladies I've spoken to at the YMCA. But mostly strangers!! I actually wasn't a bit nervous. I wonder if that's age?

I can not wait to do this again next month!! We are doing Cat on a Hot Tin Roof...I've got my eyes peeled for someone to drag along who'd make a good Big Daddy!!

Isn't is awesome when the library is more than a silent warehouse of lending items but a hub of bookish culture and celebration of the love of a good story :) That's my library to a T!!
Posted by Laura @ The Shabby Rabbit at 8:35 PM