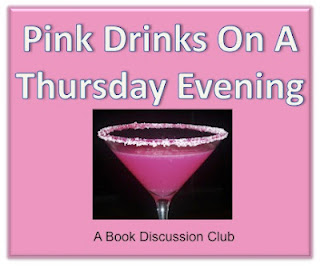 Discussion group was super small last night to talk about last months read: By The Iowa Sea a memoir by Joe Blair. It was just Audrey and I and we'd been hashing out this book all month. So our focus was more on the pink drinks :) Strawberry Frozen Margaritas - they were pretty weak spirits wise, but very yummy!
The consensus we'd come to on the book was:

Two thumbs up for By The Iowa Sea from Pink Drinks On A Thursday Evening.
*note - we do have some folks that, while they couldn't read it this month, have this book on their TBR list yet. I'll update as necessary. 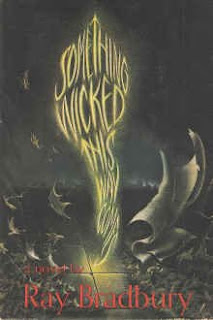 Something Wicked This Way Comes by Ray Bradbury
Audrey hasn't seen the movie or ever read the book. I've seen the movie, but I'm taking a fiction class right now so I'm alllll into mechanics and how authors do what the do.

Plus Bradbury is listed as one of Stephen King's biggest influences. I read Fahrenheit 451 in high school and LOVED it so I know this is going to be GREAT!

So those of you out there who want to chime in.... read the book and leave a comment and we will read your comments at the next meeting!

October 18th is when that will be and be sure to have a pink drink that night to encourage us! :)

Posted by Laura @ The Shabby Rabbit at 9:46 AM No comments:

REVIEW: Up At The Villa - W. Somerset Maugham 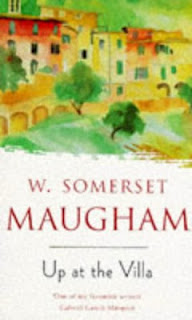 Title: Up At The Villa
Author: W. Somerset Maugham

Why I read this: Library book club selection

In Up at the Villa, W. Somerset Maugham portrays a wealthy young English woman who finds herself confronted rather brutally by the repercussions of whimsy.
On the day her older and prosperous friend asks her to marry him, Mary Leonard demurs and decides to postpone her reply a few days. But driving into the hills above Florence alone that evening, Mary offers a ride to a handsome stranger. And suddenly, her life is utterly, irrevocably altered.
For this stranger is a refugee of war, and he harbors more than one form of passion. Before morning, Mary will witness bloodshed, she will be forced to seek advice and assistance from an unsavory man, and she will have to face the truth about her own yearnings. Erotic, haunting, and maddeningly suspenseful, Up at the Villa is a masterful tale of temptation and the capricious nature of fate.

I don't think I need to totally rehash that Somerset Maugham is a magician with the written word. The prose throughout this book was wonderful! A sheer treat to read...NO  a decadent indulgent treat to read! :) What got me was how frugal he could be with words AND STILL have the writing be not evocative, but beautiful! Hemingway has most of this talent too, but every so slightly less beautiful, less poetic, ...less ...ADORNED.

But don't get me wrong, never once is the writing 'gaudy'. It's a straightforward story about a young vibrant woman at a crossroads in her life and the outcome of an impulsive act that makes all her decisions for her. In Maughams telling we know her, Mary, we know she is confused and indecisive, we know Edgar is stalwart and logical, we know Rowly is a playboy with a good heart. And it doesn't take very long to know these things. And yes, students of  literature and creative writing, we are shown this and not told this.

This is one of those throw-your-pen-down-and-wad-up-all-the-notebook-papers type of book. The kind that makes those of us who dabble and dream just want to throw in the towel.

Those of us who love to read and are looking for some phenomenal story telling with a side of reality, pick this up!

Our book club at the library met to discuss this book. We had a lively discussion on the motivations of the principals and a lot of varied opinions on the true nature of character. AND we had some great italian themed food!!

On that topic
My book club meets Thursday to discuss (ok well there are 2 of us going to be there to discuss) By The Iowa Sea by Joe Blair. That should be fun too!


AND - with all this great reading I am intimidated by my assignment due this week in my fiction writing class on characterization. I want to show. I want to be concise. I want these people to LEAP from the page and have my instructor begging me to submit more about what is happening in this story. And when I sit down to attempt this.....my mind freezes. Just stops. I have the characters but can't seem to pull a scenario together that personifies them...but I'll keep at it. I'll just let that pot simmer for a bit and see what happens.
Posted by Laura @ The Shabby Rabbit at 10:46 AM No comments:

Oh I did very much like this book! I'll just say that right off the bat. 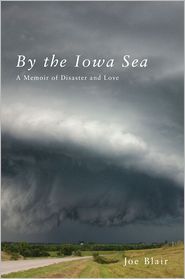 After his first cross-country motorcycle trip, Joe Blair believed he had discovered his true calling. He would travel. He would never cave in to convention. He would never settle down.
Fifteen years later, Joe finds himself living in Iowa, working as an air-conditioning repairman and spending his free time cleaning gutters, taxiing his children, and contemplating marital infidelity. When the Iowa River floods, transforming the familiar streets of his small town into a terrible and beautiful sea, he begins to question the path that led him to this place.
Exquisitely observed and lyrically recounted, this is a compelling and often humorous account of an ordinary man’s struggle to live an extraordinary life.

My opinion:
It is always a treat to read about locales I have a common bond with, but Joe took us on trip so much more real than a restaurant I've visited before or roads and intersections I'm very familiar with. He took us to where he lives and he did so with raw honesty and a  BOAT load of courage!! The whole experience was a 'pay-no-attention-to-the-man-behind-the-curtain' moment, where just because we see someone one way, so much else is happening. Where the frenzy of a disaster can be a catalyst to stronger construction. Figuratively and literally in the case of By the Iowa Sea.

Joe Blair's writing is an absolute TREAT! He has an uncanny knack for the heart of the moment and kernel of truth in each situation. Be it with his wife, his coworkers, or his devastatingly autistic son. He doesn't sugar coat anything yet there is such artistry in his prose we hear the heartbeat of beauty even in the pain of a heart breaking.

I didn't feel the end of the book was an adequate wrap up. I think I wish he would have waited to publish this book until he ended up back in Iowa (which he did) there would have been a symmetry there. A rainbow, if you will. A new covenant with that dang town and a second chance for that 'river'.

Otherwise, I'm so glad I went to the Iowa City Book Festival and had the privileged of hearing Mr. Blair. And saying hello to his wife and Mike. And I'm so very glad he didn't abandon his talent when life's responsibilities came knocking (and oh how loud they do knock) so we could be treated to this fine book.

I'm so very much hoping he has plans to add a sequel.

This is a really awful picture of Joe Blair speaking at the Iowa City Book Festival. This event and his reading there introduced me to this work, but I really really wish I would have read the book before I attended. I would have had so very much to ask! Who knows. Maybe I'll see him around :) 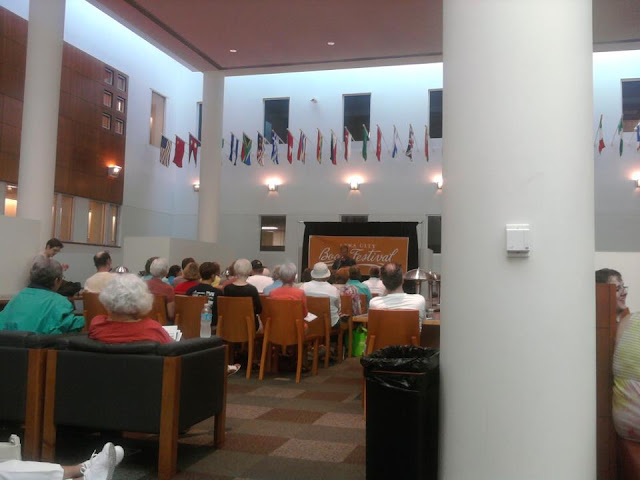