What a great week for literary pursuits!

I started out the week on Monday with a WONDERFUL book club discussion at the library with the newly formed group. This was only their second meeting so I wasn't an outsider only this month showing up.

We had read and thusly discussed 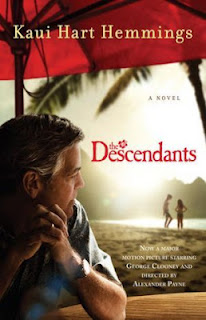 The Descendants
(I used the audiobook)
I gave this book 4 stars but the longer I'm away from it the more it plays on my mind and I believe I should increase that.

We were treated to coconut coffee cake and virgin Mai Tai's! The Mai Tai's rocked!! 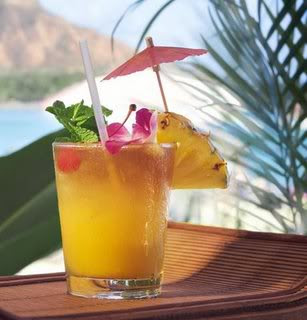 The discussion was well run with plenty of literary direction given by our new library director. She's a gem! We had some people who didn't care for the book very much. They thought the behavior of the children was crass and would never be allowed at their house. No children of thiers would ever act that way or speak that way.

Rolling your eyes yet? I was..but then I know the kids of which they speak.
You know that popular card game where you call out a word when you don't quite believe what a player is claiming? Yeah. I call that.

Anyhoooooo principals before personalities.
The discussion was fun, I love the book AND we are going to get to all watch the movie together tomorrow night for free :)

Tuesday I bought my used Nook and have been playing with it like crazy. Its a nook color and I am noticing some glare. Anyone else??

Wednesday I got my hair cut, which wasn't literary, but it was great!! 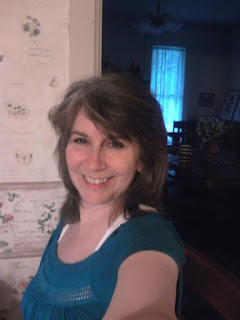 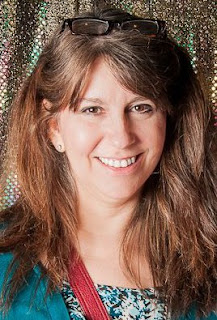 Saturday was thrifting day. And woohoo I'm so happy with what I got... 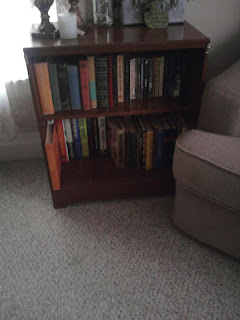 Because I ALWAYS need more bookcases!! I'm going to paint it but haven't decided  what color. black? Cream?  or Barn Red? 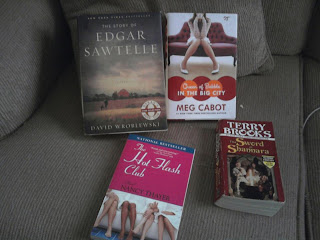 Also found these. :) Edgar Sawtelle has been on my TBR for a while now. I've never read any Meg Cabot (which I think revokes my chick card?) The Sword of Shannara is CLASSIC and worth a re-read and The Hot Flash Club I think I'll use for my book exchange party :)

I'm STILL reading
The Ultimate Hitchhikers Guide to the Galaxy

Just about done listening to
Sing Them Home by Stephanie Kallos

So I've got my hands full and a another great literary week ahead.