How do you get to read at Prairie Lights? Same as playing at Carnegie Hall, man! 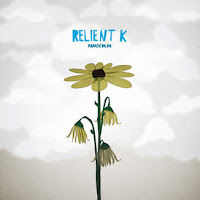 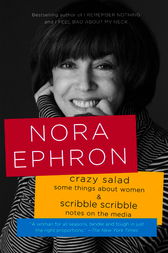 I hadn't read anything by Ephron since '83 in college (the first time, like I was supposed to) and I'm amazed at how many issues we are STILL fighting!

I'm also heartbroken to read a review on Goodreads that said, "Crazy Salad does suffer from being dated. A lot of the politicians and journalists mentioned were before my time. I got bored enough of names with no faces that I mostly skimmed" OMG!! WTF!! because you don't know the names you'll dismiss the power of the fight that gave you the right to go back to your Kardashian delusions? grrrrrrr.  But that's just me.

I'm loving her style, her insight, and especially her controlled wit. It keeps me from just randomly punhcing a man out of principal. ;) j/k

and hope... like this quote,
She was speaking with Julie Nixon Eisenhower... and after an anecdote that Julie said she comments: (OH THIS IS GOOD....)

" There's no point in dwelling too heavily on the implications of a daughter who has managed to play a larger role in her father's life than his wife seems to..."

Not to get too political... but .. remember that adage about the past repeating itself?  Oh please? pleeeeeeease!! 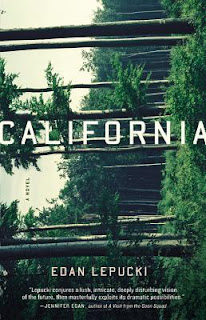 It was published in 2014, so once again I'm behind the curve, but it has everything I relish in a book, post-apocalyptic (or close), dystopian and written by an Iowa Writer's Workshop grad. It's been a fabulous read so far!! I feel like I'm sneaking brownie batter out of the bowl it's that much of a treat!
READING://  The Gift ~ Hafiz
So I met a guy.. the old fasioned way. He was our waiter and he flirted and he said if I was interested in knowing more about him I'd come back. So I did and he asked for my number. We had our first date last week (again... how old am I?).
Like a gentleman, he brought me a date gift, but unlike others I've dated it wasn't flowers. It was a book.
It was a book of Poetry. The Gift by Hafiz. 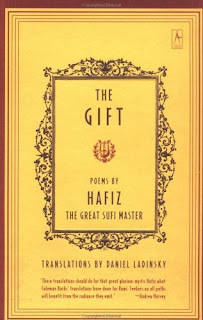 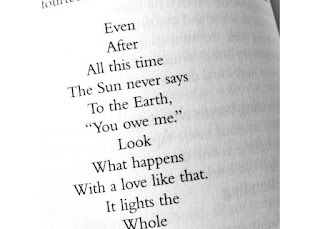 This is the miracle all his verses are. So simple. So true. I'm in love...with the book.
It is doubly interesting because Hafiz is from a town in Persia, Shiraz (yes like the wine). And so is my new friend. Who I'm going out with later this week too.


Watching // went back and caught up a couple of Supernatural episodes. I'd been away from it for so long I was a bit lost on the story line, then I got annoyed that it was such a soap opera.

Music // Well, since I looked up that link, a Reliant K playlist. Man I miss that alt pop punk sound!! (how old am I?)

**** Language warning on this one!!
Blogging // Just a couple now but hoping to add more soon.
Acquisitions // The Gift is all, but that's enough!

Hating  //Spiders.
I gave up and called Orkin. There are just too many in here.
(Did I mention I moved again? Iowa City Area so I can try to get into Grad School next year.) anyway... yellow sac spiders... no I wont post a picture. I don't need that kind of negativity on my blog... ;)
Loving // SPRINGSPRINGSPRINGSPRINGSPRING!!! I LOVE SPRING!!!!

Writing// So well!! I'm waiting to hear back as to weather I've been chosen or not to read from my work at the venerable Prairie Lights... which I've written about before and which sort of started my love affair with this city.
Here's just a sample... a SAMPLE of whose been there:
"...booked iconic authors for the series of readings, held mostly on the second floor of the bookstore, including Presidential Medal of Freedom recipient Toni Morrison, Pulitzer Prize winner Michael Chabon and Nobel Prize winner Saul Bellow. "
It's like the Carnegie Hall of the Literary World. Literally!!
Oh yeah and ... this guy's been there too.... 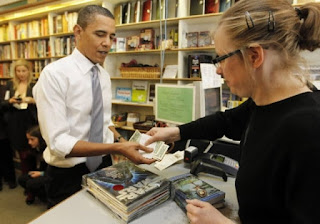 Tad excited I am..

Avoiding //   Oh I don't know. I filed an extension on my taxes. (I'm getting a refund but it's probably pretty small).  Possibly as simple as laundry today. Not bad.