Snowman and the summer's end

Maybe I haven't read enough crime drama to recognize the nuances, but on finishing The Snowman by Jo Nesbo, I was left feeling like I'd watched an R (sometimes X) rated version of CSI. 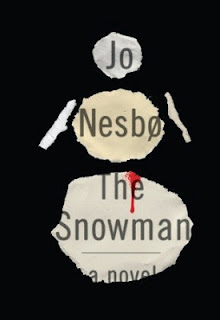 Not that it wasn't a fun and compelling read, because it was certainly both of those! Fun the way a haunted house at Halloween is fun and compelling to not only find out if I guessed right on who the perp was but to see who lived. or didn't.

I wouldn't say I'm a fan, but then I didn't care much for Larson either. I thought I might like Nesbo better there for awhile, but without someone as uniquely bold as Lisabeth Salander, Nesbo ended up coming in second there...at least for my tastes. Which isn't saying much really since I don't have any immediate plans to read anything else by either of these guys.

I did, however, read a 9 paragraph short story entitled The Flowers by Alice Walker (click to read it) that absolutely knocked my socks off!! It was most definately an 'I'm-not-worthy' moment in reading and a piece that will stay with me forever. And that I'll probably always judge my own work against watching my bright idea go pale in comparrison.....but enough of that!


But speaking of summer being over (if you know the story you know the reference), my oldest kiddo went off to college this week! Wow! I'm so happy and jealous at the same time! I hope she does well and I hope it lives up to her expectations. 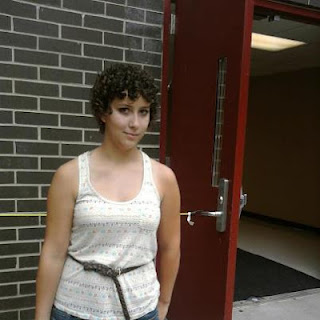 She's had so much that hasn't. Yet she's so incredibly fortunate! Go get 'em kid! :)