The Wind Up Bird Chronicle - Finally!

This is an update to my Summer reading challenge. 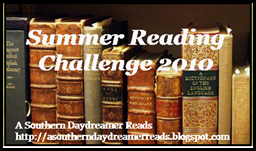 I just finished The Wind Up Bird Chronicle by Haruki Murakami 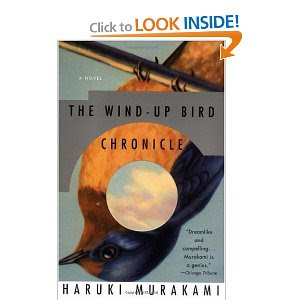 This book slowed down my list quite a bit. It was 607, small font, pages and a challenging read in itself. A book about Toru Okada;  a man who lost his way professionally, then domestically and personally and finally began loosing his reality. But on so many other levels it was about so much more. Without a doubt it was about more than I could glean from it!
One of the challenging aspects of this book was the Japanese culture itself. Without knowing about that, I wasn't sure how I was expected to react to some of the more surreal happenings or deviant actions. Or what I was to think of the string of increasingly bizarre characters as they entered the story. The atrocity of war I got. Dysfunctional families I know how to react to. But sitting in dried up wells, psychic healing, unexplainable events... left me a little confused.
The wind up bird was likened to a bird that turned the spring of the world and kept it running. So more than anything what I saw in this book was a perseverance. A continuing. A going on. Despite the weirdness and atrocity and dysfunction of this world.

Next up, by popular vote

I've no doubt I'll get through this one faster, even if I do read nice and slow and savor it....because I"m told it's worth it! Wonder if I"ll have to make Potato Peel Pie to commemorate this one when I finish it. We'll see!

But I'll have to hustle to get through my challenge. Except I don't want to hurry through them because they all look GREAT!
Posted by Laura @ The Shabby Rabbit at 10:57 PM